Contract Work and its implications in Ontario, Canada

Or rather, in the 90s, with the advent of tech startups that have become the tech giants of today, a worker classification was needed in the US that allowed potential employees to forego their protected rights and privileges in exchange of lucrative equity shares.  Sounds like a fair trade: work 80 hours a week (or more), to get a severely underfunded company up and running and then get potentially millions when it pans out.

Years later, the same legislation was enacted in Ontario (Employment Standards Act, 2000) so as to foster a similar tech boom climate here.  Unfortunately, what happened afterwards was more a degradation of worker rights in numerous ways that results in animators being worth next to nothing despite all the training and skill involved.

As previously mentioned, the original intent of the law was to allow people to enter into contracts that likely violate their usual labour rights in exchange of lucrative benefits.  However, this is only true when both sides have similar negotiating power.  Various things can remove one's leverage ranging from supply and demand (how many applicants there are for certain jobs, and in the animation industry, the latter is always in short supply), skill level, level of self-respect, and general understanding of the nature of the contracts.

While the supply and demand part is largely out of control of many of the artists, the others are remedied either immediately or over time.  Skill level is something everyone can improve and as there are already plenty of tutorials on how to do that, it can be assumed that this is something that's already being worked on.  The last two are things are what's largely unaddressed, despite the constant attempts of many senior artists in the industry and in colleges.  Self-respect is simple enough to discuss but is something everyone must foster on their own over time.  I can speak at length about this but most of the work will have to be done on one's own.  So that leaves one thing: understanding of what it means to be a contract worker.

So what's the problem with being classified as an IT contractor? 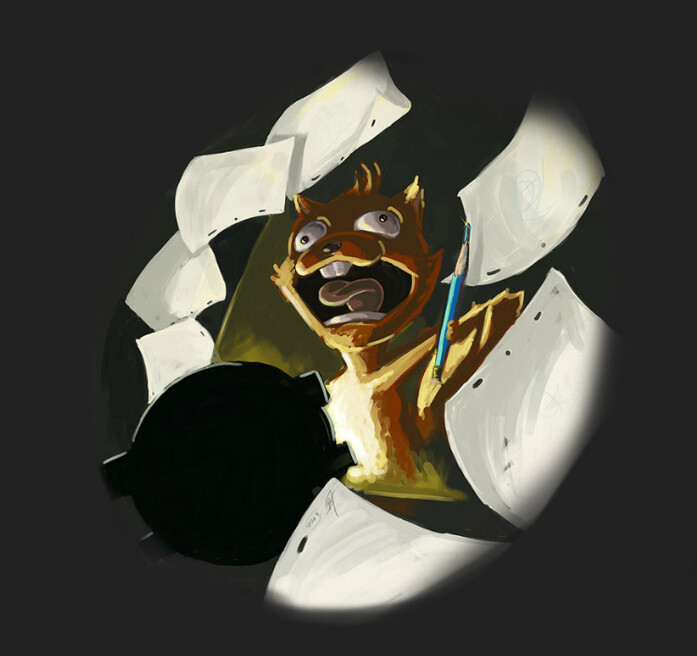 Under the strictest sense of the term, it's an individual or business who negotiated terms with a company in exchange for compensation.  The problem arises when these individuals don't know what they're signing up for.  IT contract workers in Ontario, generally, have extremely limited rights such as no entitlement to overtime pay, no limits to hours worked per week, no vacation, etc.  There's very strict conditions involved and it often involves  IT workers, managers/supervisors, and certain professionals.  What unfortunately happened is that animators and other artists have been classified as IT workers by virtue of us using a computer.  While that's all well and good, using a computer doesn't really meet the criteria for being part of that IT worker classification (see link to CRA article at the bottom).  What provoked the writing of this article was the court judgements regarding delivery and rideshare "contractors".  Various courts in the world have ruled that they're actually employees, while others have opted to classify them as at will contractors that entered into an exploitative business relationship of their own accord.

The issue then arises when the aforementioned rights that would have been there by default no longer apply.  Artists are already negotiating with distinct disadvantages and the removal of what little protections there would have been in the first place.  Lawyers are an option when it comes to going over a contract but there's not many artists who has a lawyer on retainer in the first place.  Then even if they did, there's the aforementioned lack of leverage.

How often is it that crunch was required for a given project?

It's sadly, more often than not, a permanent fixture in the various art industries.  Even companies that pledge to never do crunch inevitably break their word and it's not always out of malice - art is hard, and in the grand scale like it is in film and video games, even more so.  I won't go into detail as to what causes the crunch culture since most people reading this would already have experienced or otherwise known the deal with crunch.  The main point is that it's time to take into consideration crunch when it comes to considering various contracts or working agreements.  The reputation of a company is often pristine when seen from the outside so it's best to get in touch with people who are currently working there or have been there at some point.  While many are wary to endanger their relationship or reputation, there's often keywords or phrases that can help you glean what kind of work culture a studio has.

Of course, being extremely conscientious when it comes to finding employment is not a luxury many artists can have.  Declining work that's not "perfect" will often lead to disappointment since this is really endemic to the industry - you're either in or you're out.  In any case, it's my hope that after reading this, there would be more awareness regarding the full scope of an artist's employment in certain studios.  It's okay to sacrifice for your dreams, but it's very important to make that choice fully aware of the ramifications it would have on your life.

Are you an Employee or Self Employed?

Indicators showing that the worker is an employee

Indicators showing that the worker is a self-employed individual